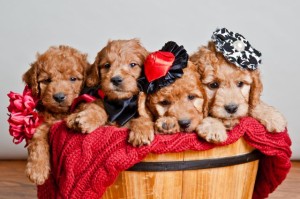 Male puppies who are sexually altered prior to the hormone urge that causes bad behaviors such as lifting their leg (marking territory). The vast majority of males who are neutered prior to hormones entering their bodies never lift their leg to mark, making the male vs. female debate obsolete.

Temperament traits of the puppies can be seen via the Volhard Temperament Test. Using these test results is the best way to choose the right puppy for your lifestyle.

It depends on the coat of the dog. A first generation (F1) 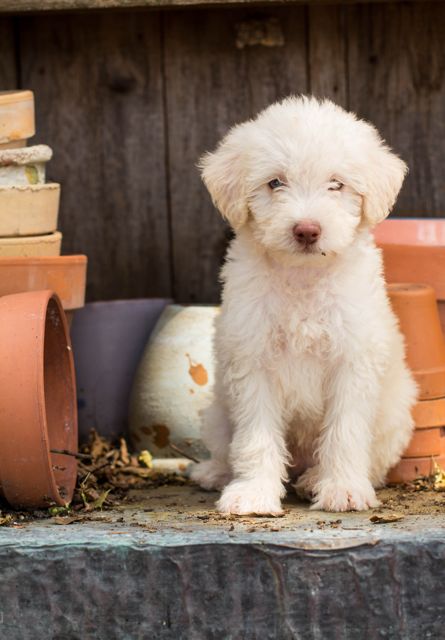 Labradoodle is the heaviest shedder of all the crosses. Within a litter of F1 Labradoodles, though, you could have a non/light shedder, moderate shedder, and heavy shedder. It just depends on which genetics, the poodle or the lab, they get more of. First generation (F1- a Retriever and Poodle bred together) Goldendoodles always have better coats than F1 Labradoodles. Within a F1 Goldendoodle litter we get mainly non/light shedders with a few moderate shedders. Regardless of how we classify them, they do not shed as heavily as a full blooded Retriever. F1B (an F1 bred back to a Poodle) Doodles are much less likely to shed than their F1 counterparts. It is a tradeoff, however, as the F1B has a higher percentage of Poodle and will, therefore, act less like a Retriever. Multigeneration Doodles (either Goldendoodle or Labradoodle) typically are even less likely to shed (though some produce random heavy shedders) but they usually have a much higher percentage of poodle.

I have allergies, what should I get?

If you have allergy issues, you will not want a F1 Labradoodle. If your allergy is minor, a F1 Goldendoodle will probably be ok. Severe allergy sufferers should consider F1B (75% Poodle 25% Retreiver) or Multigenerational Doodles that have a higher percentage of Poodle. Some people can not tolerate any dogs, no matter what. If you know that you react to a poodle, then you will react to a Doodle.

Size of puppies as adults?

Puppies of each sex can take after either parent or a blend of the parents’ sizes. 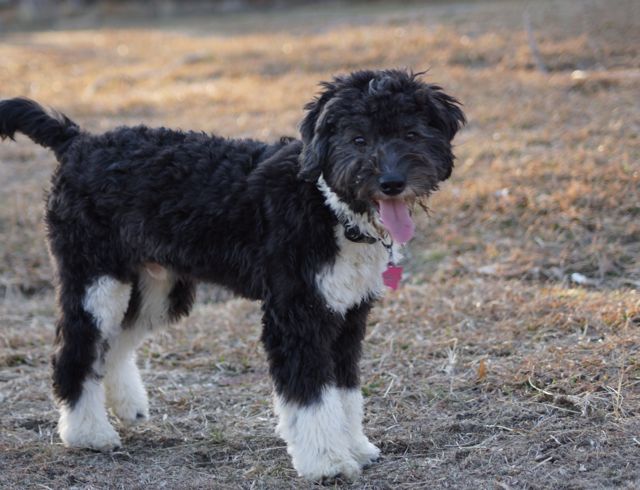 If mom is 40 pounds and dad is 10 pounds then the puppies may be 20-30 pounds. Due to the genetic diversity of the lineage of Safari Doodles, some puppies can be much smaller and some much larger than either parent. We often see size differences in puppies by 6-8 weeks of age. The bone density and height amongst the litter can be diverse. Both males and females can show traits of smaller or larger bone density and weight. Choosing a larger or smaller puppy based on litter average can help you get the size dog you are looking for. Of course, there are no guarantees on the adult size of each puppy due to the diverse genetics of the parents.

What health problems do you screen?